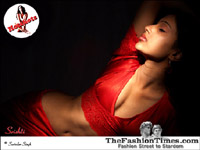 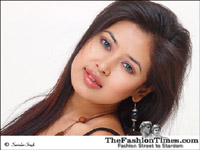 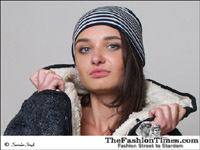 A . B . C . D . E . F . G . H . I . J . K . L . M . N . O . P . Q . R . S . T . U . V . W . X . Y . Z
.
"I think what's wrong with the fashion world, particularly men's fashion, is the lack of creativity behind it."
- by Macklemore "When Fashion Week ends, I miss the shows and the shot of adrenaline that comes with them. Each day is a new show, a new fitting, and you make new friends. Every season you get to know the other girls a little better."
- by Magdalena Frackowiak "I'm such a bad shopper for myself. I love fashion and all that kind of stuff, but that's sort of the last thing I want to do when I'm done with a film is go shopping. I want to just chill. "
- by Malin Akerman "When you see a fashion show, you see those seven minutes of what was six months of tedious work of, you know, going up an inch and down an inch, changing it from one shade of red to another shade of red. So it's the same as any creative process. The result is what we see, but the process is really labor intensive and work."
- by Marc Jacobs "I can spot someone with similar fashion sense to me a mile off."
- by Martin Freeman "I was always a little insecure. I had brothers that played football, so I was just a straight-up tomboy for a minute. I didn't know makeup and hair stuff. My friends had to tell me what a straightener was. I didn't know fashion or any of that until the label gave me a stylist."
- by Meghan Trainor "I grew up in a family of people who were obsessed with fashion."
- by Michael Kors "The biggest lesson that I've learned is that fashion is this tightrope where you have to be consistent but inconsistent. You need the connective thread but at the same time you need a sense of surprise."
- by Michael Kors "I fall into that nebulous, quote-unquote, normal American woman size that legions of fashion stylists detest. For the record, I'm a size 8 - this week, anyway. Many stylists hate that size because I think to them, it shows that I lack the discipline to be an ascetic; or the confident, sassy abandon to be a total fatty hedonist."
- by Mindy Kaling "If taking one-self seriously as a woman means committing to a life of grooming, pumicing, pruning and polishing one's exterior for the benefit of onlookers, then I may as well leave my unwieldy rucksack to the top of a bleak Scottish hill and make my home there under a stone, where I'll fashion shoes out of mud and clothes out of leaves."
- by Miranda Hart "Fashion fosters cliches of beauty, but I want to tear them apart."
- by Miuccia Prada
.
A . B . C . D . E . F . G . H . I . J . K . L . M . N . O . P . Q . R . S . T . U . V . W . X . Y . Z
.